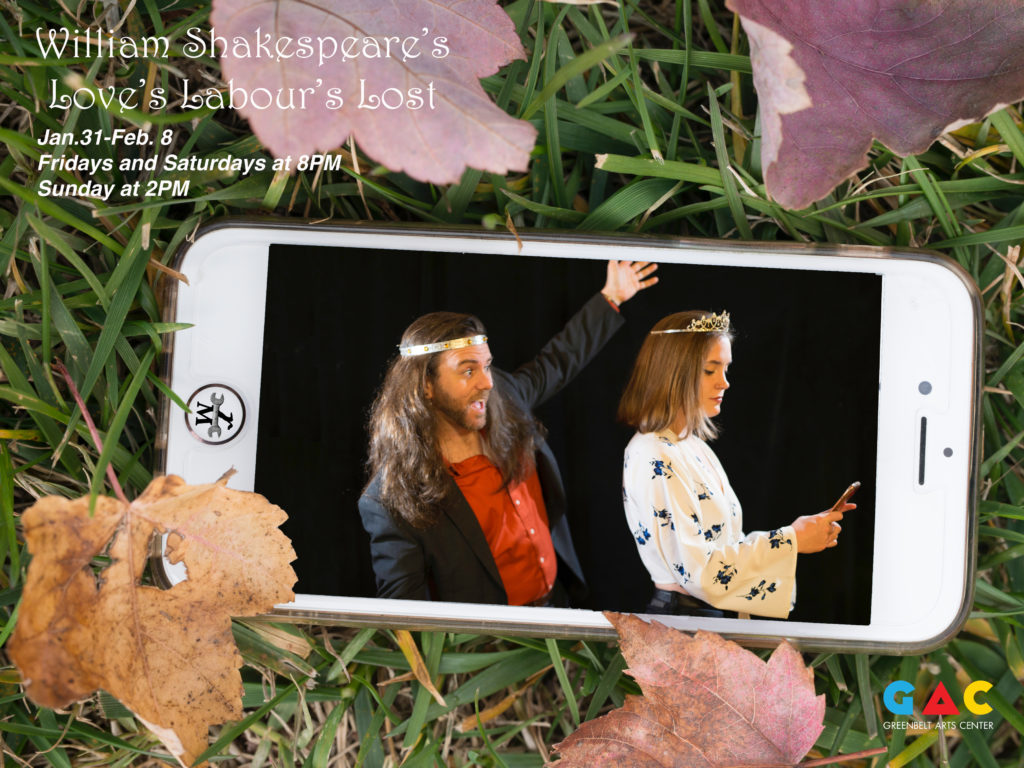 Shakespeare’s Love’s Labour’s Lost is a comedy best known for its witty wordplay – the clever characters speak in puns, and less clever ones in malapropisms.

The Rude Mechanicals’ production uses a modern setting, with cell phones, selfies and social media, to showcase Shakespeare’s timeless themes. But, spoiler – the ending is in the play’s name, and if ever you were annoyed at Romeo and Juliet’s brief acquaintance (coming soon!) being touted as love for the ages, perhaps you’ll appreciate an exploration of a much more sensible alternative.