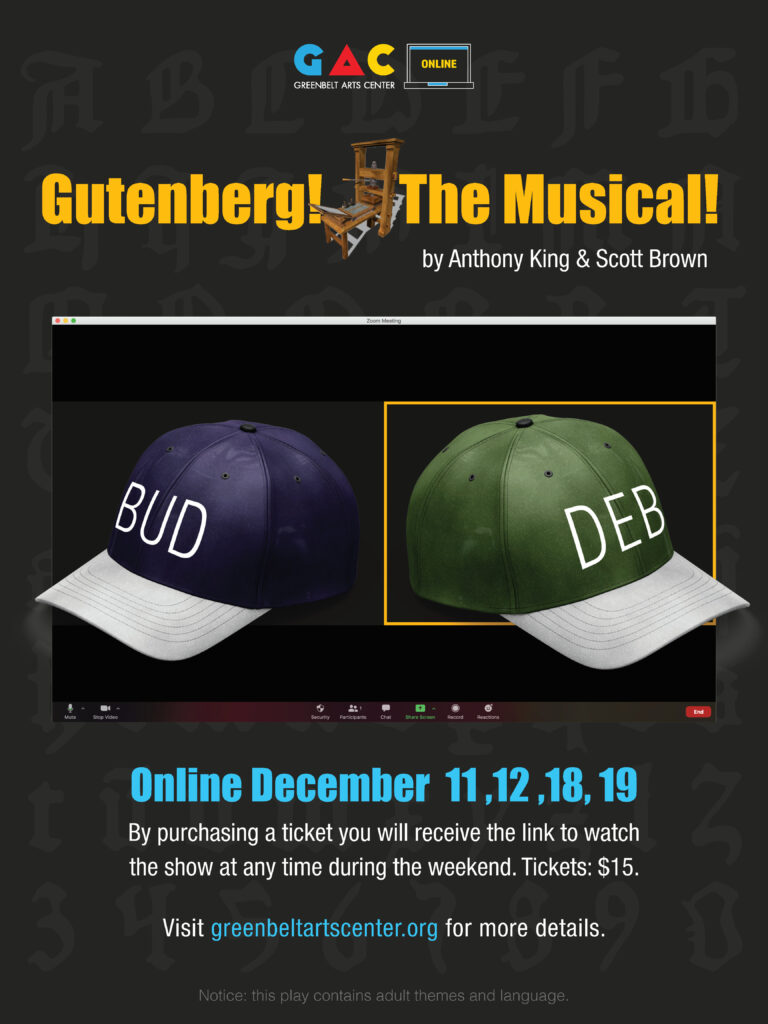 by Anthony King and Scott Brown

Gutenberg! The Musical! follows the comedic misadventures of two hapless writers as they perform their premier reading of their exciting new musical – a biography of Johannes Gutenberg, inventor of the Printing Press.

By purchasing a ticket you will receive the link to watch the show.
Tickets: $15.

Gutenberg! The Musical is a play within a play, like Hamlet but even funnier! Wannabe Broadway writers Bud and Deb are just so darn excited to share their new musical with an audience, and what better way to share it than through a Zoom call! What they may lack in talent they make up for in awkward energy! Although their show – a biography of Johannes Gutenberg, inventor of the Printing Press – features an extensive cast, Bud and Deb have decided that for tonight’s performance they’ll read all the parts themselves! Starring Capital Fringe Festival favorites David Koenigberg and Aria Velz, Gutenberg! The Musical! is the perfect show for the COVID age- with no sets and costumes it relies only on your off-kilter imagination!